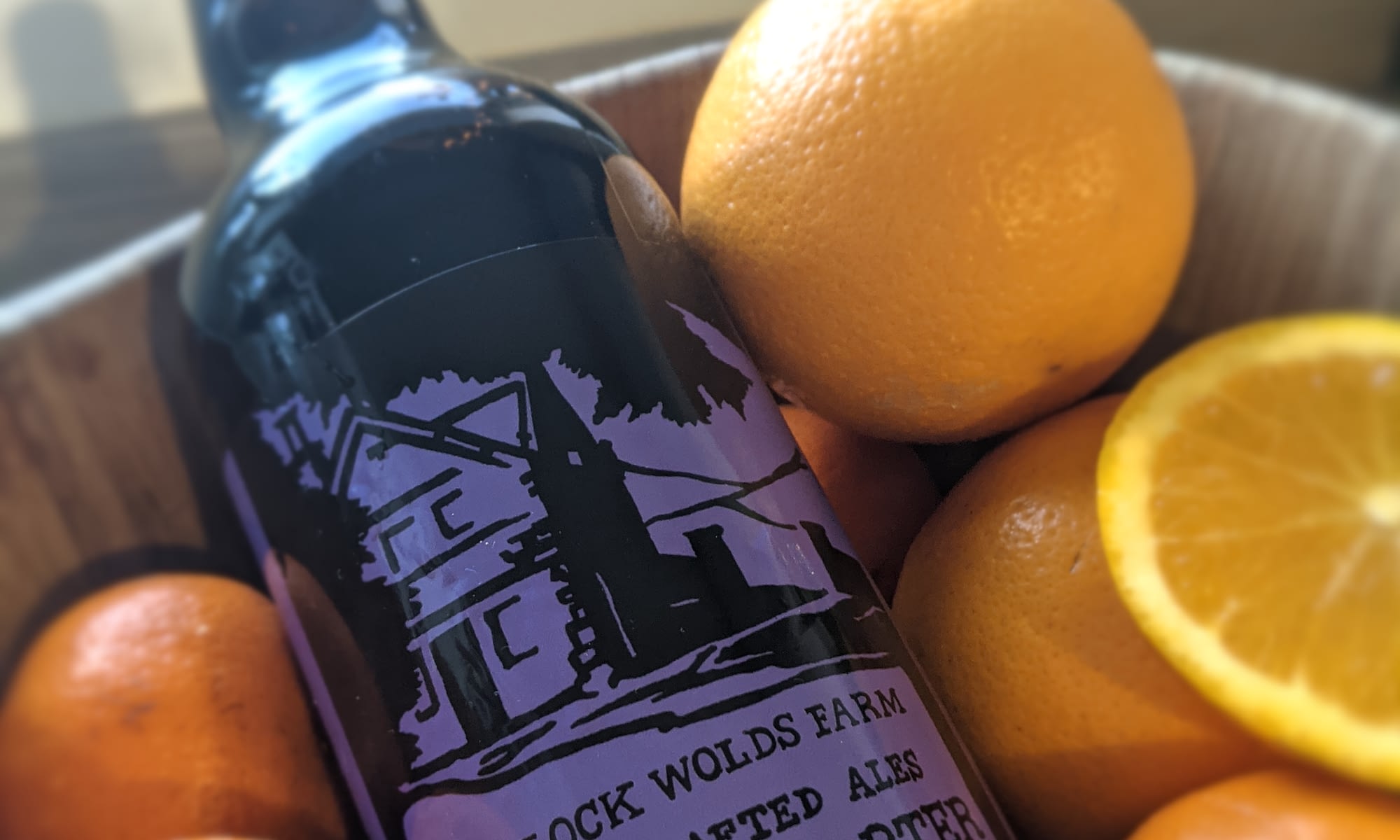 With the evenings getting darker and the weather getting colder, our Classic Porter is the perfect rich, dark winter warmer to enjoy at this time of year.

This cake uses our Classic Porter , imparting its smokey, light roasted characteristics, improving the texture and adding moisture. We accompany the porter with chocolate and orange for a flavoursome and comforting final product.

We’d love to hear from you if you decided to give this recipe a go!

In late September 2021, former Master Brewer of Sharps Brewery Carl Heron, proposed to co-produce a new beer with Matlock Wolds Farm Brewery. Having procured an interest in heritage malts, we considered using Chevallier as the base. Being a variety of barley first cultivated in England during the 1800’s, we decided to make a bold beer strongly associated with the tradition of British brewing; an Extra Special Bitter.

Having chosen the style of beer, we set out to develop the recipe to showcase the deep malty flavours and marmalade sweetness of Chevallier. We added additional speciality malts for caramel aroma and malty sweetness.

All good brews need a name, and for something so special we decided to go with Reverence – meaning to treat something with great respect. This also pays homage to Reverend Dr John Chevallier, the man behind the grain.

Carl joined us for our brew day and utilising his expertise, he helped us to maximise the efficiency of the recipe, ensuring maximum flavour and quality.

After three weeks of maturation, Reverence was ready for tasting. Carl was very satisfied with the final product:

‘The Reverence has incredible depth of flavour, the marmalade aromas and flavours from the Chevallier are better than I expected with undertones of light toast from the amber malt. The bitter sweet balance is perfect with sweet tasty caramel from the crystal malt addition and gentle spicy and berry flavoured bitterness from the Northdown and Harmonie hops. We aimed to deliver a tasty, powerful ESB and this beer is a great example of the style. It was an honour and great pleasure to brew with Ed and Rob at the Matlock Wolds Farm Brewery overlooking Riber Castle in beautiful Matlock, and I wish the family continued success and prosperity.‘

We are equally happy and excited to get this beer out there for people to try, it’s a great winter warmer as the nights are getting darker and colder!

Reverence has exceeded expectations and is proving a popular choice with our customers keen to try something new.

Cans are now available to order through our webshop here.